Statue of Zeus.
South-eastern Anatolia, Nemrut Dagi national park. The enigmatic statues that stand on the top of Mount Nemrut have become the symbol of Turkey.
This is the mountain where more than 2000 years ago King Antioco I had himself buried under an inviolate artificial mound, at an altitude of 2150m, at the sides of the mound there are two terraces there are five colossal divinities; to the west Apollo, the goddess Fortuna, Jupiter, Hercules and Antiochus. The heads fell with an earthquake and now lie at the foot of the statues.
Turkey, August 2006 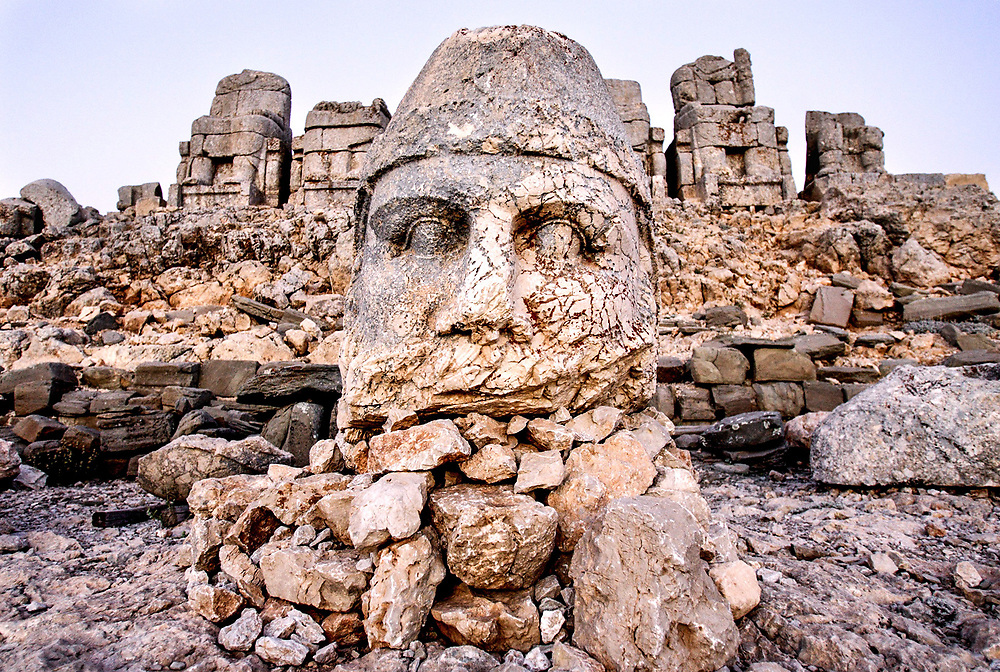